so I know.. CLEARLY something has been going on over here.

lately... I've been a little down. Not the huge depressing sad way I was when Rachel passed away.... but still... down.

I have lots to say and share, but meh... just haven't had it in me. no blogging, no baking, not e-mailing or sending letters... just... going through the motions kind of.

but I'm working on that.

I think we've just about settled into our new routines for the year. By the power of all things holy associated to time management... we only really have ONE major task each day. Rhena has school on monday, wednesday, and friday... *I* teach class on tuesdays, and then we have to get Rhena to dance school on thursday. So really.. not bad at all. not too overwhelming, but definitely that kick in the ass such that we have to get out of the house every day.

Danny has been behaving better... I think he's happy to have his one-on-one time with me back. Not that we johnson women tend to be CONTROLLING or anything.. but I think Rhena tends to push him around a little when she's here. 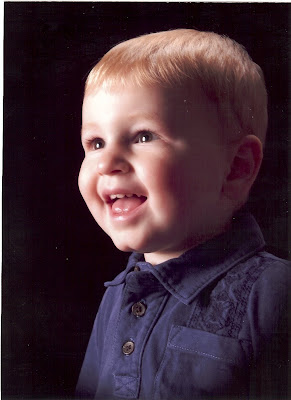 And he's SUCH a moo moo. love him, I really do. and HE loves his girlfriends. he's got a few regular ladies he sees here and there, and MAN he throws on the charm for them. He's also perfected a 'wounded' look these days... so make no mistake, he's got the flair for drama like his sister. I haven't caught him looking in the mirror while practicing crying and sad faces yet... but he sure does love an audience.

As for Rhena... well.. she turned four. That's just nuts. The things she says and asks me about are mind-boggling. We have one more appointment for her nose coming up... a while back in august we had one of her nostrils cauterized to stop the incessant bleeds she's been getting since birth. It wasn't a pretty process, but the results have been amazing for the one nostril that was done. So we've opted to get the other side done so she can (hopefully) be done with her nose bleeding 5 or more times a week. 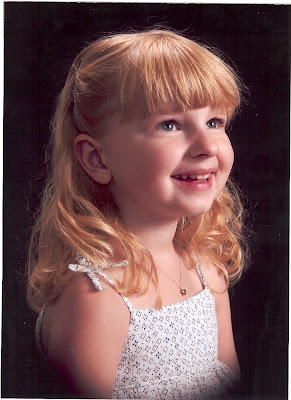 I looked into the work I need to do to get Rhena into kindergarten next year (what open houses we needed to attend, what registration forms and/or applications we needed to fill out) but alas... next year will be the first year of North Carolina implementing a new cutoff date for minimum age of school entry. Currently she is within the cutoff by about 4 weeks to spare... next year she will MISS the new cutoff by 2 weeks. That has been a tough pill to swallow for me. I've exhausted myself trying to find some loophole or testing process that would allow her to progress to kindergarten next year with her peers that she has been attending school with... but no luck.

meh. All will be fine.... it was just one more thing on the pile.

The election has been weighing on me very heavily. but I'm not ready to go there right now. Let's just say I've seen a LOT of stuff I don't like, and sadly... not enough things have been done or said that I feel I can believe in. but whatever. I'm not going there now.

NOW.... I'm going to get off this thing and flip the laundry and rassle the group to go food shopping. and prepare my lesson. and finalize my pitch for someone to get them to donate to the cancer walk. oh, and you know.... do the parenting thing. apparently the kids need supervision during the day. WTF is up with THAT?

Take it easy, crew. I'll be around again.. eventually.
Posted by Carrie at 7:48 AM 11 comments
Labels: pictures, rambles

Back in the Saddle

hmmm. I think I've used this title before. seems like I make a habit of breaks from blogging.


Things are in full swing 4th quarter here, gang. just as well. last week was emotionally tough, and the distraction is actually nice.

Tonight is my first class for CCD. apparently we have 14 kids this year. I'm with a new partner, too.. cause my partner in crime decided to do some silly shit like MOVE TO NJ to be with her husband. pshaw! what's THAT about??? I jest. I just miss her, is all.

My new partner is very nice. I do not think she has an inkling of the train wreck that I really am... but alas.. we all have to find out things in our own way.

speaking of own way.. Tomorrow the boogie-loo turns four. say WHAT??? on one hand I find it hard to believe it's been a whole four years.. but being perfectly honest, it surprises me that Rhena has only BEEN IN MY LIFE for four years. but that's another post.

but anyways. 4th quarter is here, and all the craziness that comes with it. Have coffee... will handle.

Going forward by going back

AS you know.... last week, my cousin Rachel lost her battle with breast cancer. Originally I got the call from my mom, and I had THOUGHT I was going to get to drive up to jersey and see her in the hospital to cheer her on one last time.

Sadly, this was not meant to be, and Rachel passed away that very afternoon.

This caused me to be in a world of hurt on SO many levels. I'm not sure if there are scientifically proven levels of grief... but I'm sure I took a turn on all of them. Sadness, Shock, Anger, Denial, Avoidance, Depression, Emptiness, and more recently... Acceptance.

I have TRULY been on such a roller coaster of emotions this past week that it is only now, in my own home, that I am beginning to feel at peace.


I did SO much thinking this past week, and on my drive back to NC today. In the wee small hours of the morning, as we started our trek home today... I happened to catch a (distant) view of the solitary beam of light from the World Trade Center. It was still lit from yesterday, and it was quite the kick in the ass. I had been SO CONSUMED with my own loss, I had really forgotten that other people are hurting, too.


Yet.. despite whatever was happening in each of our worlds.... I found myself with a stream of e-mails, phone calls, text messages, cards, and comments offering condolences and support for MY loss. Tonight... a manager from Dressler's (a restaurant Troy and I like to go to) showed up at my door with six different entrees and some of their signature desserts. SO I WOULDN'T HAVE TO WORRY ABOUT COOKING.

This was a gift from my girlfriends... NONE of whom actually live in this town or even have MET Rachel. And did I mention that this restaurant does NOT deliver? Nonetheless... despite remembering their own friends and family lost on 9/11, facing hurricanes, being on cruises, having sick children, and just regular life struggles in general (to name a few)... these women were taking care of me.


Looking back on this past week, I can truly say I am humbled. I am blessed for the friends, family and acquaintances I have in this life, for in THEIR recognition of my loss.... I have gained a true appreciation for the kindness and light that surrounds me regularly. Yes... Rachel is gone. Her departure has and will continue to bring heartbreak, suffering and loss to those who loved her, and for those who will never get the chance to know her.

But to all of you? thank you. Your words, your prayers, YOUR ACTIONS have not gone unnoticed, nor will they be forgotten.

Posted by Carrie at 7:45 PM 2 comments
Labels: inspire me, traditions

I was asked to do a reading at my cousin Rachel's funeral. In continuation of my inability to put my feelings into words, I offer these thoughts:


A reading from the Book of Wisdom:

The just man, though he die early,
shall be at rest.
For the age that is honorable comes not
with the passing of time,
nor can it be measured in terms of years.
Rather, understanding is the hoary crown for men,
and an unsullied life, the attainment of old age.
He who pleased God was loved;
he who lived among sinners was transported -
Snatched away, lest wickedness pervert his mind
or deceit beguile his soul;
For the witchery of paltry things obscures what is right
and the whirl of desire transforms the innocent mind.
Having become perfect in a short while,
he reached the fullness of a long career;
for his soul was pleasing to the LORD,
therefore he sped him out of the midst of wickedness.
But the people saw and did not understand,
nor did they take this into account.

Posted by Carrie at 10:02 AM 1 comments
Labels: family, holy rollin', the walk

The words still escape me.

Rachel's wake will be Tuesday, and the funeral will be Wednesday.


I didn't think I could handle the drive today, so I will be leaving tomorrow.

In the meantime, I would like to extend my thanks to so many of you who have reached out to ME during this time. I feel guilty in receiving such an outpouring of love, because TRULY... my emotional needs PALE in comparison to what Rachel's surviving husband and daughter must need.


Please take a moment to visit this site that has been set up as a memorial for Rachel. SO MANY of you have already contributed to the Avon Walk at my request, and that itself is such a tribute to women and families like Rachel. Please do not feel obligated to donate to Rachel's fund... but if you could spare a kind word? There is a 'notes' section, and while Rachel herself may not be able to read the sentiments left... we as her friends and family can. More importantly, Rob and Lindsay can.


Thank you all again. your compassion and kind words have truly been a grace to me during these sad, sad days.

Posted by Carrie at 1:09 PM
Labels: family, the walk

I just got a call from my mom.

My cousin Rachel entered the hospital this morning. The doctors are not hopeful, and it may only be a matter of time at this point.


I really have no words at this point. just please... keep her, her husband Rob, and her 4 year old daughter Lindsay in your prayers.

Rachel passed away this afternoon. I'm sure I will post more at a later date... but for now, know she is finally free from cancer. Amen, and rest in peace, Rachie.